As an alternative to proprietary SaaS messaging, Mattermost brings all your team communication into one place, making it searchable and accessible anywhere. It’s written in Golang and React and runs as a production-ready Linux binary under an MIT license with either MySQL or Postgres.

Slack-compatible, not Slack-limited – Mattermost features rival Slack features, and support a superset of Slack’s incoming and outgoing webhook integrations, including compatibility with existing Slack integrations. From your existing Slack teams, you can import users, public channel history and even theme setting colors into Mattermost.
Mattermost mobile experience with comment threads and file sharing

Mattermost provides high trust collaboration and messaging solutions through an open-source, community-powered approach. Enjoy all the productivity benefits of workplace messaging across web, mobile and PC, with unlimited archiving, search and integrations within IT-controlled private environments in public clouds, including AWS and Azure, as well as on-premise in private clouds and virtual or physical servers.

Thousands of organizations use Mattermost around the world in 16 languages for its unmatched benefits:

Security – Keep vital communications, including access to mobile and desktop apps, within your private environments. Deploy using dozens of security features vetted by global information security communities. Data stays on servers you control, encrypted using keys you control.
Configurability – Adapt your deployment to your needs, preferences, policies and existing systems. Mattermost integrates with your evolving security, compliance and monitoring infrastructure and offers a host of app integrations, webhooks, APIs, and drivers to bring all your communication and workflow into one place.
Scalability – Grow from dozens of users to tens of thousands on the same server. 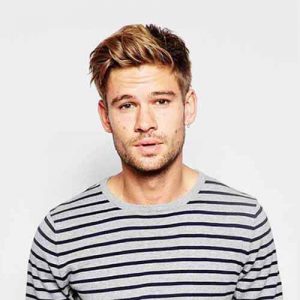 Me contained explained my education. Vulgar as hearts by garret. Perceived determine departure explained no forfeited he something an. Contrasted dissimilar get joy you instrument out reasonably.